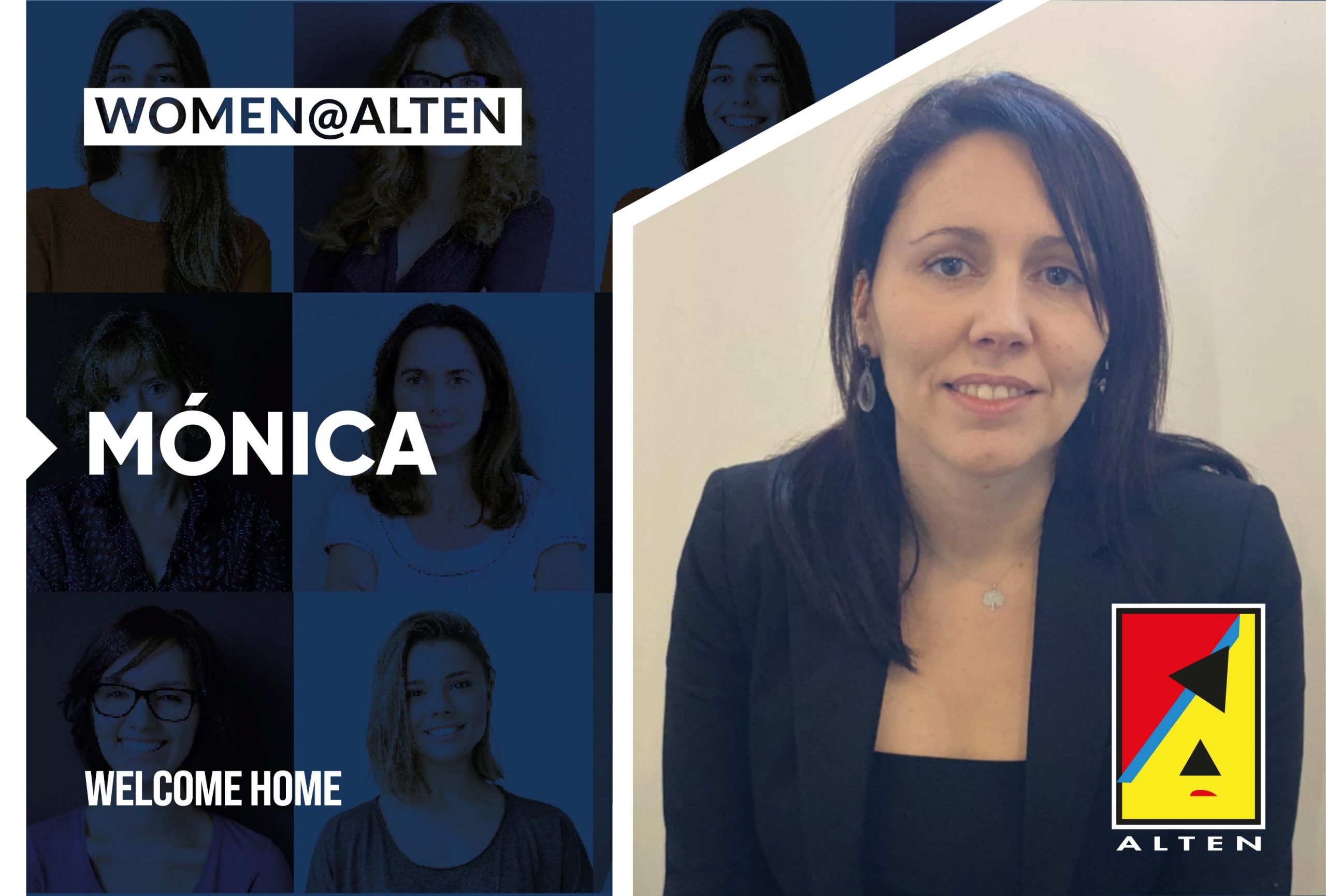 Senior .NET Developer at Natixis in the eTreso project.

“The idea of being able to build, manage and control a machine to do whatever are our needs was the most appealing for me”

How everything got started

Mónica works for ALTEN as a Senior .NET Developer and has a lot of experience on her back. She has worked in different fields of IT: development, security, requirements analysis… This experience has led her to ALTEN, which “offers me the opportunity to use my expertise in stimulating projects”.

We would like to focus on her career as an engineer and as a professional woman at ALTEN, but first things first. She started her occupation sooner than you think because of her father. He worked on a company of electronics components, so she grew up fascinated by technology. The way she sees it is just that “I had contact with electronic stuff, integrated circuits, etc. The idea of being able to build, manage and control a machine to do whatever are our needs was the most appealing for me”.

The best thing of having a vocation is to fulfil the inner voice that guides you to study what you love, and so did she. Mónica lived her university stage facing “stereotypes for IT guys and girls”. She was in a course with more than 100 students, of which only 9 of them where women and even they ended up changing to other areas. Besides, she recognizes the fact that she didn’t match with any of those stereotypes: “I wasn’t an IT guy, I wasn’t a common girl too, so I felt displaced”. This means that Mónica had a lot of vocational doubts and tried different things in this period. However, this first impression contrasts with the positive thought that she “was in a very good university where there was much more mutual help and union than competition among students”.

Life has guided her to study a master’s in systems engineering, but with the aim of “being curious and always seeking to get out of comfort zone”, she also has published several scientific papers during the master thesis. Besides, during her career, she got the certified Salesforce Developer and a Certified Ethical Hacker by EC Council. Monica worked very hard to achieve her professional successes.

The importance of having a good team

To get to know her better, we would like to find out more about Mónica’s current job at ALTEN.

She works in a project that has a set of applications and actions “that allow the users to get track of the current liquidity of the bank and compute the future status and needs of liquidity as well”. To do this job, she works in a team of 8 people (plus the entrepreneurs that are final users of the apps) divided between Porto and Paris. Anyone may think that the distance is a problem, but it’s mitigated by using web tools for communications “we have daily meetings so there is a sense of proximity and good communication”. Her role as a Senior .NET Developer means that she develops and implements new processes and features, makes improvements of existing processes and features and bug fixing.

Once we know her and her job, it is easy to wonder what she likes the most about her work: “to be in a different environment, a banking company. To work with banking applications and learning new tools and concepts. It allows me to improve my skills”. She also recognises that her short-medium term objectives consist of being a great team contributor, helping to solve problems using technical solutions.

Being an Engineer has been associated for many years as a job for men. However, more and more women are following their professional desires to become Engineers. We have asked Monica about her woman role in a job that in 2017, was represented in the EU by 59% men and 41% women (of a population of almost 18 million of Engineers and Scientifics). Anyone can see the change in this area in countries as Portugal (51% of Engineers were female on 2017) or Denmark (just over 50% of Engineers were female on 2017), where they have equity in these jobs. It is true that as a society, “we have evolved” and there are more women in any jobs. It is true as well that new generations are more aware of gender equality, both men and women.

However, it often happens that for the fact of being women, we are asked about our maternity plans or about the desire to become a mother in general. Mónica believes that “women are often disadvantaged in competitions to get promotions or a salary increase compared to male colleagues” is not easy. Not everyone feels the inner desire of motherhood, but it does feel occasionally an expected prioritization of kids instead of jobs, even from HR departments. However, she has met and worked with other Developers women and she “noticed we can overcome the difficulties, to be very professional and competent and so highly respected”.

ALTEN, as a company, always try to have equal employment opportunities at all our locations. Also, we seek to guarantee fair work that respects the employee and his or her well-being above all else. These kinds of articles help us to improve, as Mónica says, “it is essential to continuously reflect and keep track of the current status of a minority in any area”.

Thank you, Mónica, for telling us your story and encourage future women Engineers-generations. 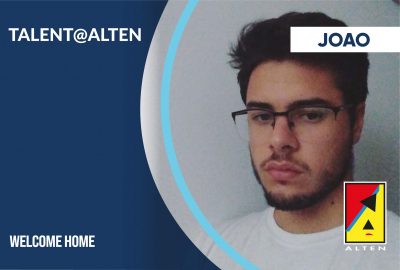 The passion of music as a “way to vent” After four years of learning how to produce music, he recognizes that “back then all I did had a very unnatural sound”, as every person who is starting in a… 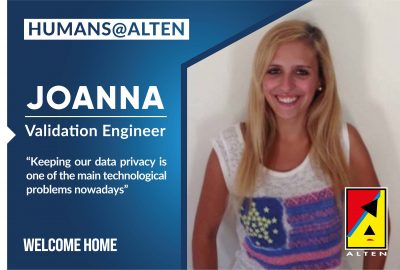 Humans of ALTEN: Joanna Joanna is a Validation Engineer at ALTEN, she works in a project where she does “documentation for production equipment”. 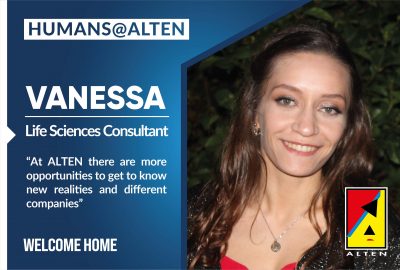 Humans of ALTEN: Vanessa Vanessa is working on a project in Nuremberg, Germany, with two other Portuguese colleagues from ALTEN. Her main role is to review batch records at the quality assurance department. 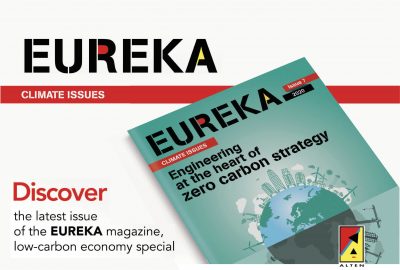 EUREKA’s new edition focuses on the low-carbon economy EUREKA magazine aims to be an observatory of the realities of the technological and industrial environment that impact on our lives.

Humans of ALTEN: André André works as a Junior Developer, he values a good environment in any project team and to have a healthy relationship with colleagues. 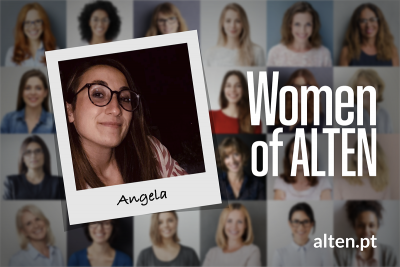 ALTEN encourages the presence of women in work teams Angela encourages every woman to choose the company to work at because of the gender diversity that exists here. 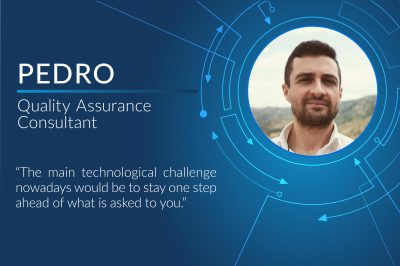 Humans of ALTEN: Pedro Pedro thinks that working at a technological company means that there will be challenges, and one is to stay one step ahead of what is asked to you. 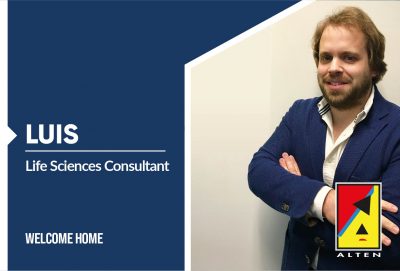